Story Ideas and Where to Find Them!

I'm often asked, "Where do yo get your story ideas?"
The answer is to quote the famous science fiction author, Connie Willis.She wrote alternate UK history novels like, Dooms Day Book, and To Say Nothing of the Dog,.and Blackout. Hugo Award Winner and wonderful frequent teacher at The Clarion Writer's Workshop at a MileHiCon told us to, "Keep your butterfly net out and scoop up everything you can! Someday you will use it."
My young adult author mind scooped this up today: McDonald's Employee to the Rescue!
So, yeah,in my story there will be murder, mayhem, kidnapping or some major crime, but one of my young characters will defintely jump out a convenience store window like this young hero!
Posted by Meg at 3:17 PM 2 comments:

I'm pleased to let you know that I have been selected to participate in the following panel at Malice Domestic.
DO YOU HAVE A QUESTION THAT YOU'D LIKE ME TO ASK THESE GREAT AUTHORS?

Please note that I am scheduled to be part of the Author Signings occurring onSunday, May 1 at 12:40 PM.

There are other events that I am involved in, including the release of my Kami Files Short Story in the Malice Domestic Anthology! 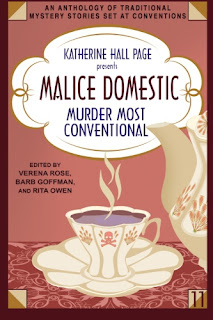 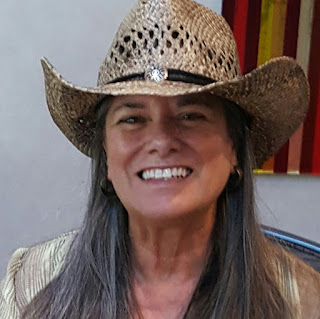 My short story, Big Horn Mountain Carnivores, was chosen as the adult category winner in the 2nd annual Tempe AZ Community and Arizona State University contest. I am honored and humbled. Thank you to the judges from Tempe and Arizona State University Writing Program. (The title was orginally Big Horn Mountain She-Bitches, but there were rules on swearing.) FYI - this is NOT a young adult work.
Arizona friends, fans, and Iowa snowbirds, please join me at the public reading April 13th at the Tempe Public Library! Time: 6-7:30PM. More details to come.
The contest was for anyone who has a Tempe library card. I have my writing studio in south Scottsdale, but I have a Tempe LIbrary Card as well as Scottsdale. My mom would visit a friend at an adult care facility while I disappeared to the library to write.
Posted by Meg at 6:14 AM 1 comment:

Chaos Haiku, written from the perspective of my protagonist Kami

I’m exhausted but thrilled after my first Left Coast Crime convention. What wonderful people! This haiku is from the perspective of my protagonist in Chaos Theory.

Chaos brews unleash’d,
wreathing skies, checkerboard land
there grieving, I yield.
(The ‘d is a breath, a sigh, a gasp not a syllable.)

Chaos Theory is a Poisoned Pencil YA crime fiction. It is about a young woman who buries a letter written to her from her grandmother, given to her on her death. Kami drops  it unopened into her school locker and buries it under mementos and items in a chaos theory science experiment. In the final chapter, she deconstructs the mess in the locker with a friend...

"All fall semester, I hid from this letter, burying it under piles of junk, while I tried to find the right place for it in my universe. It is time. I open her letter... And think about a butterfly beating gossamer wings--a tiny increment of everyday life, a tiny moment of chaos that changes lives forever."

Best wishes on your blog, Mary. And thank you again for a wonderful prompt!


MEvonneDobson.com
Posted by Meg at 7:18 AM No comments:

See you at Left Coast Crime in Phoenix? Giveaways!

Look for me at Left Coast Crime 2016 in Phoenix Feb 25th to Feb 28th
http://www.leftcoastcrime2016.com/
Left Coast Crime is an annual mystery fan convention, and I am thrilled to be a part of it this year. Give-away you ask? YOU BET!
For aspiring published authors: 5 PAGES/5 PEOPLE This is a chance to have me review 5 PAGES of YOUR MANUSCRIPT and 5 PEOPLE’s names will be drawn.
Also receive FREE DOWNLOADS of my short story POLITICS OF CHAOS if you post a selfie with me, sign up on my webpage, or post something on Facebook about meeting me in person.
Where will I be?
• Sisters in Crime’s reception (free food) Thursday 5:30PM to 6:30PM.
• Friday’s New Author Breakfast - 7:30AM – so drag yourself out of bed! I’m in the 2nd group being introduced! Probably in Regency B and C, but program will show it.
• Friday’s “From Fan to Published Author” Panel 1:30PM –2:30PM Ellis W
• Booksigning after the panel discussion.
• Saturday’s Discover Mystery Breakfast sponsored by my press, The Poisoned Pen from 7:30AM to 9:00AM. Meet the authors, obtain their secret passwords and you might win a great book bundle. I’ll have a table to host – so be there for an extra give-away from me too! Again probably in Regency B/C.
See you there! Next year’s venue for Left Coast Crime? Hawaii 2017
Posted by Meg at 9:53 AM No comments:

Every Dead Thing by John Connolly From a Personal Perspective 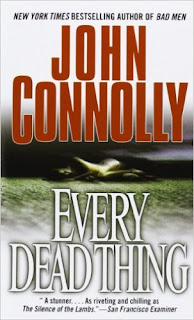 Every Dead Thing by John Connolly was not for me. I listened via Audible beginning to end, and the narrator was excellent, but there are crimes that I do not enjoy. Examples that I avoid at all cost being horror, true crime, and anything with child abuse or child death. I am glad that I've finally listened to a John Connolly, but I can't imagine I would seek out another. i realize that this is the first Charlie Parker, and perhaps the later books were more satisfying as he settled in as a character and the author as a writer.

For me, the police procedural information was wonderful, but then I didn't understand, with that depth of background information, how he could run around as a private investigator and claim he wasn't one (as he wasn't licensed etc.) There were other things that didn't stack up for me as well. As to John's writing style, the mix of personal to crime was off and came across as backstory rather than personal connective writing for me. The big problem I didn't care for was the depth and length of the backstories for every single character, including that character's parents, his children, his work buddies etc., and that single character might be a minor player or end up important. As the backstories are told, they don't necessarily make sense to the plot for several chapters. Often so much later that I couldn't remember who the individual was.

So for me, this was a sad and horrible read through the holiday season, but yet---I didn't put it down or move on to something else. That is an indicator of his abilities to hold me, but more likely the result that nothing else in my queue or what was coming out caught my attention.

I'll be more careful in the future. It is HORRIBLE when I turn away from something because the topic is too upsetting for me, but that is the way I am. I guess that's why I write young adult.

I judge workshops by the quality and quantity of author craft classes, the professional level of the instructors, the knowledge presented for advanced writers, and the presenters’ technical skills and abilities to communicate. SCBWI-IA's fall workshop was a huge success. I love workshops for the chance to reconnect with fellow authors! And again, the intimate workshop filled that lonely writers need checklists. It was money and time well spent. My thanks go out to the hard work of the organizers and Connie Heckert. http://www.scbwi.org/members-public/connie-heckert

There was a picture book track and a MG/YA track. Each workshop added new insight into the business and author techniques. Stacey Friedberg (who enjoys dark books!) from Penguin's Dial Books for Young Readers http://www.writingforchildrenandteens.com/publisher-directory/friedberg-stacey/, Laura Biagi,agent - Jean V Naggar Literary Agency Inc. http://www.jvnla.com/our_team.html, and Alison Weiss - editor at Sky Pony, imprint of Sky Horse Books http://www.skyponypress.com/ gave us excellent information. If you have the chance to join their workshops, I recommend them.

A special thanks for coming to share her thoughts goes to Susan Campbell Baroletti, http://www.scbartoletti.com/?page_id=7 Her writing exercises stirred memories, hearts, and creative spirits. Her knowledge guided, nourished, and filled me with awe! She is an incredible woman and a wonderful role model for authors in any medium. Thank you Susan for re-lighting the fire.